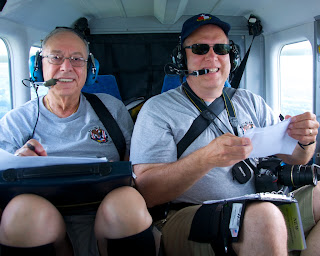 Everyone that goes through MAS gets a call sign assigned to them.  In 2008 they had not yet started that tradition so I never got one.  This year when I came back as an instructor that changed.  They now call me “F-Stop” because I’m the camera dude.  The aperture settings on a camera lens are of course the f-stop settings.

I’ve taught several AP classes and I’m told that I have minted more qualified aerial photographers in the Texas Wing than anyone else so far the past two years.  So, I’m pretty proud of that.

My typical classes would be classroom instruction for the better part of a day then we would fly sorties for the rest of the weekend.  The students need to fly two successful sorties each then prove that they can do some post-processing computer work and deliver electronic files to the customer.

They say that if you want to stay sharp on any subject then teach it.  That could not have been truer than at LESA.  I just had two students but, what they lacked in numbers, these guys made up for in enthusiasm.  At the academy, you don’t go home at night.  You go back to the housing that they had for us where you are still with the same group that you were with all day.  So, you are completely immersed in the subject for the time that you are there.  My guys kept me hopping.

The flights for my previous classes were all done using Cessna 172 and 182 aircraft which are both 4-seat airplanes.  At LESA we got to use the Gipsland GA-8 which can be up to an 8-seat aircraft and in this case it was configured as a 6-seat aircraft.  In the Cessna aircraft you pretty much have to stay put in your seat which can make instructing a challenge because you can’t see what the AP is doing all of the time.  In the GA-8 I could bounce around the aircraft as necessary to help the students out.

They both did a great job and I’m really proud of them.  I think that we all had a pretty good time. 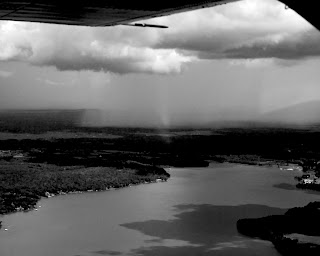