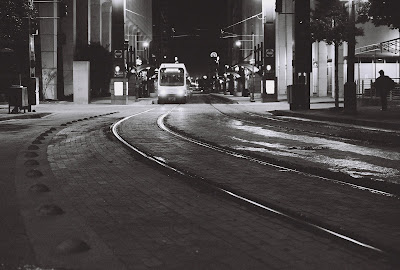 I recently got the bug to pull the old film camera off the shelf and to try it out again.  I had a fantasy about maybe buying some chemicals and some developing equipment and going “wet” again for a while.  But first I had to get reacquainted.

The film choices have changed since I last used my film camera.  In 2005, every department store and pharmacy had at least a small section of films.  Not so much anymore.  I wanted to shoot black and white but, unless I wanted to really go out of my way, I would have to accept the new generation of black and white film.  They produce black and white images but, use the same chemicals for processing as color film.  This wouldn’t work for my home brew darkroom scenario but, for this little experiment it would be fine. 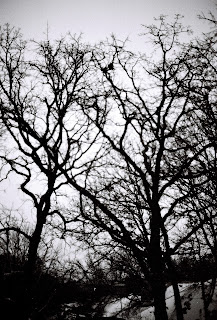 One of the things that I miss about film photography is that each film type had its own personality.  Some were more vibrant, some more true to life.  Using a new film was kind of like going to visit an old friend just to find out that they had sent someone else to meet you instead.

I remember that the Kodak color film that I was using in 2000 when we lived in Europe was a lot different than the off-the-shelf Kodak film we were getting in the US.  It would produce very saturated colors.  I liked it.  The images were kind of surrealistic fairy tale-like which matched the bit of an adventure that we actually were on at the time. 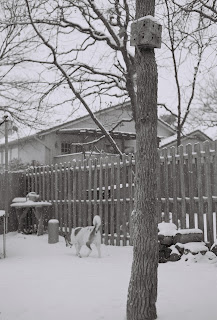 So, I got the camera loaded with a roll of 35 B&W exposures and carried the camera around for a while.  I used a Canon 50mm 1.8 lens on a Canon AE1 Program camera.

There were film cameras in 2005 with autofocus systems comparable with the modern autofocus systems but, the AE1 was not one of them.  It has the old prism focusing system whereby you have to use an area of the lens in the center that is pixilated with tiny prisms inside the camera and then turn the lens until the pixilated area does not look pixilated anymore.  It’s very precise but, not very fast.  I can’t believe that I used to shoot sports with this.

I shot a moving train.  In order to do this I had to focus on a mark then wait for the train to get to that mark and fire.  I used to do the same thing with sports.  I try to anticipate where the action would be then focus on a spot then wait for the action to reach that spot.  Sometimes you got lucky and sometimes not.  This would be hard to do from a moving airplane if I’m the one moving.

The actual image through the viewfinder on the old Canon is probably superior to my current DSLR, a Nikon D-90.  The whole frame is much larger to the eye than the D-90.  However, to operate the controls on the AE1 you have to take your eye away from the viewfinder.  So, for methodically shooting something stationary it would be fine but, for moving action I am already too far spoiled.

After taking an image on either film or digital, I always have an impression of what I intended the image to look like in my head.  With digital you can “chimp” right away which means to look at the display on the back of the camera and see how you did.  With film there is a much more delayed satisfaction.  I quickly missed the ability to chimp. 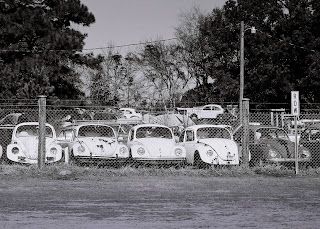 I had the film developed at a good local camera store.  They developed the roll and scanned it to digital images on a CD. I thought that the digital images were scanned a bit too bright.  The blacks were not a rich black. I also sensed a bit of a sepia tone to them. In the end, the results were comparable to a modern digital camera.  The most important thing to me is the feeling that comes across from the image.  They are both good tools.

Technically, there are a lot more images possible with digital than with film.  One of the first things that I noticed when I was shooting with film was that I no longer had control over the ISO.  The film comes with a standard ISO setting and that is it.  The ISO setting on a digital camera, which is just a sensitivity to light setting is controllable on the fly in digital land.

One benefit of film is that it forces you to be more methodical about what you are shooting.  It costs money every time you click the shutter button.  I realize in hindsight that I do the same thing in digital photography probably because I started with film.  If digital-only photographers had to put a quarter in a jar for every time they clicked the shutter button then they would probably slow down and be more methodical, too.  I’ve actually taken my digital camera off of single frame mode and onto high automatic just to experiment.  Maybe being more intuitive than methodical has its advantages, too?

In the final analysis, I think that I’ll just keep the digital around.  I might continue to experiment with film but, digital suites my needs much better right now.  It was a fun experiment anyway. 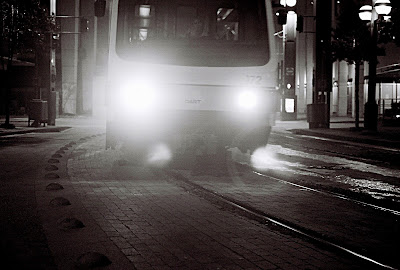 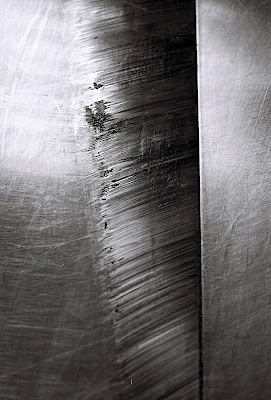