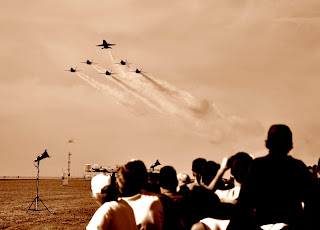 I went to the 2009 Fort Worth Airshow at Alliance Airport.  I was one of the volunteers working hospitality.  We drove around in golf carts handing out water bottles and boxed lunches to the aircrew that were there.  We got special badges that also allowed us some special access to areas off limits to the general public. 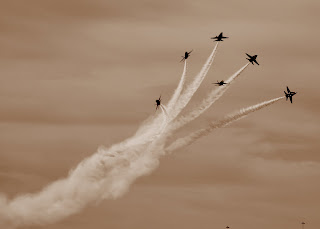 The US Navy’s Blue Angels also performed.  I’ve been watching them and the US Air Force’s Thunderbirds since I was a kid and it just never gets old for me.  Actually, I got to watch the Blues practice the week prior because my office is right at AFW airport towards the south end of the parallel runways and the window facing the runway is right behind me.  So, when they perform it is pretty exciting.  I’m three floors up and we get a pretty good view out of the floor to ceiling windows.

When the Blue Angels performed on Saturday, we took a golf cart and went to the show line off to one side away from the general public.  It was nice to be able to photograph (don’t want to use the word “shoot” with regard to military aircraft) without having to compete for space or to worry about being accidentally bumped causing a blurry image.

About ten minutes into their show a car drove up and four guys with London accents start frantically breaking open pelican cases and assembling video and computer equipment.  It turns out that these guys were from the BBC and they were sent to tape the show in high-speed HD video.  They got slowed down coming in from El Paso for some reason.  I’ll look forward to seeing that video when it comes out.

After the crowds left and we were done with hospitality duties, I got to have a few beers and BS with some of the aircrews who weren’t flying out that evening.  It was fun. 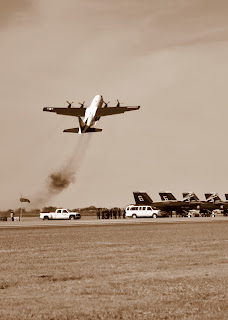 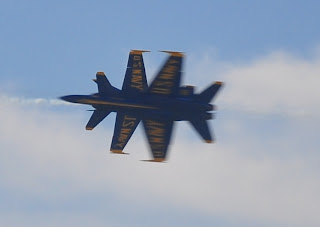 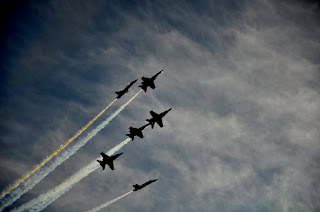 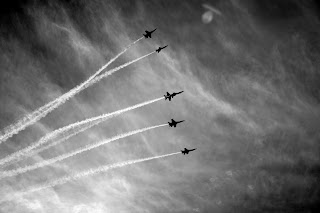 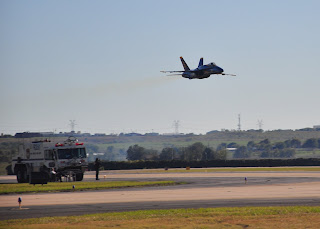