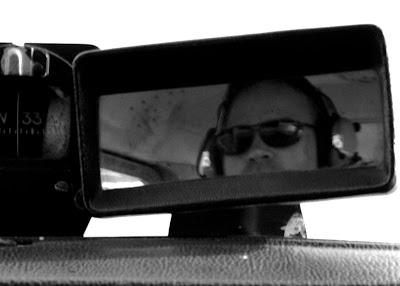 There is a photo book out called “America, A View from Above” by Jim Wark and Peter Skinner which I’ve admired. It has page after page of incredible images of mostly iconic landmarks and landscape scenes from all over the United States. The concept appealed to me because it involves two things that I am passionate about; aviation and photography. I thought that it might be interesting to take a look at photographing the Texas landscape from above and see what I can find. But, instead of just documenting familiar landmarks with stunning technical photography, I’m looking for art wherever I can find it.

I find that flying alone with my camera is the only way to seek out art from 3,000 feet above ground level. I can just go sight seeing and if I see something interesting then I can just go over and investigate and maneuver for the best shooting angle without having to explain to anyone. Having another pilot on-board might be handy if I was doing any heavy duty work then I could concentrate on the images and they could concentrate on flying the plane. But, I’m not. I think that if I had someone else with me that I might self edit what I shot because I know that where I might see an interesting composition of cows in a pasture, most people would just see another bunch of cows just like millions of others all over the country. As long as I can fly safely then I’m fine. 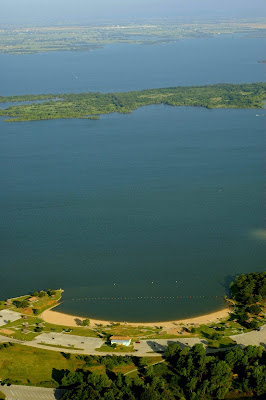 I flew last Sunday on a mission to explore the state for interesting images. My flight was from Hicks Airport in Fort Worth, Texas up north to Lake Ray Roberts, north east up to Lake Texoma. I landed at The Lake Texoma State Park Airport in Oklahoma to stretch and take a bio break. Then I took off again and just headed home.

It took 2 hours 45 minutes for the whole trip. On the way up I loitered around at about 85 knots most of the way. On the way back I had the Cessna 150 up near it’s max cruise speed which isn’t all that much faster at about 105 knots per hour.

I learned a few things on this expedition. First, I got lucky with the positioning of the sun. I left early and caught the early morning sun which cast a nice golden glow but, probably more importantly cast shadows revealing the depth of the objects on the ground in the photographs which otherwise would all look flat in the direct daylight.

The angle of the camera to the horizon or to the object being photographed is also important because if the camera is off axis to whatever you are photographing then the resulting image appears just off-balanced and awkward. If the image is framed along the same lines as the lines of a field, for example then it somehow just makes sense and feels right. The basic rules of composition were established by the master painters centuries ago and they still make sense today even with my cow pie field exposures.

Admittedly, most of the end results of this first real trip with a mission were less than spectacular. But, this was only a first attempt and I have a lot more ideas to investigate. The worst thing that happens is that I spend some time doing what I love to do anyway. It’s kind of like fishing. It really doesn’t matter if you catch anything but, it’s nice if you do. I’m sure that I’ll reel some in eventually. 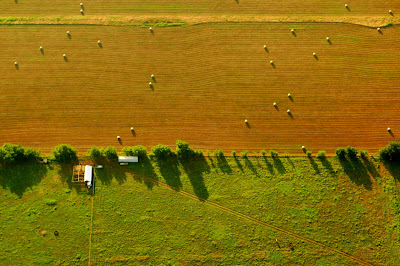 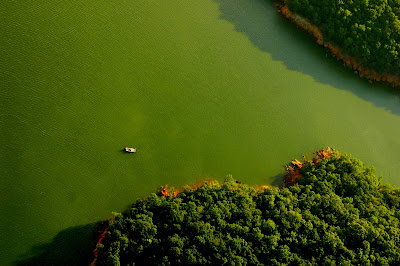