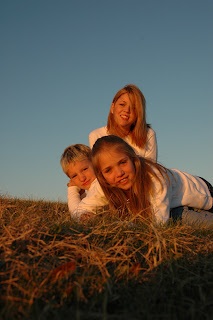 Renee and I became friends when we both had daughters on the same softball team. Always “the guy with the camera,” I would shoot the softball games and just post the photos online for the other parents to enjoy. I also took a lot of pictures of the girls off the field, the parents and the sibling kids who also came to the games. I just did it for the love of the art and to record my own kid’s childhood. I had never really put myself out there as “available for hire.” I found the offer to shoot her family portraits was very flattering.

There were some obstacles to getting this shoot done. The biggest was the weather. Even though the photographs might look warm it was actually a fairly cold evening. We tried a few concepts that night and between sessions we would go back to the cars and warm up again.

the St. Bernard looks like a docile fully grown dog because he’s so big but, at the time he was actually still very young. So, imagine a 90 lb. puppy that you are trying to keep contained so that you can shoot his photograph. is a great dog. In the unlikely event that Chrissy ever decides to give him up then he’s welcome in my home.

We shot these photos on a high grassy hill near Trophy Club, . I tried to arrange a morning shoot as the sun was coming up but, that wasn’t going to work so well with the kids. Evidently they’re not morning people. It wouldn’t do anyone any good to have phot subjects with not yet awake faces. So, we went for the evening shoot. I planned it to have them there just before sunset then we would shoot as the sun was going down on the horizon. 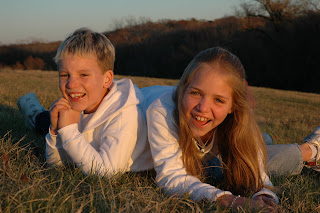 I think that the end results were quite nice. The warm looking golden glow of the setting sun transcended the actual frozen bones of the portrait models.

Renee told me that she and the family really enjoyed the photos that they were really happy with the results and that the temporary discomfort and effort was all well worth it. What a gratifying feeling for me the photographer. I’m really pleased to be opening a new door, so to speak with this passion of mine and to have the opportunity to take it to a new level. I have to pinch myself that people are paying me to do it 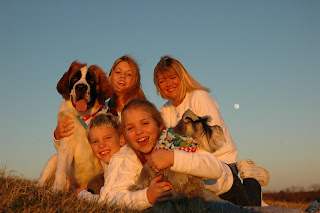 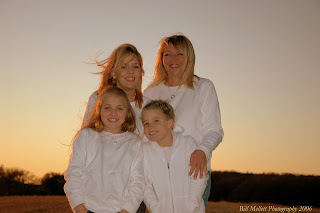